Seattle With Teens in Tow

By: Tiffany Owens
Want to experience Seattle, but bringing your teenagers along? They are the perfect age to enjoy cultural offerings, coffeehouses, and outdoor recreation. Here are some teen-approved excursions you’ll enjoy, too.
Seattle Center
Next door to the Space Needle, Museum of Pop Culture (MoPOP) houses the largest collection of music memorabilia from Jimi Hendrix, Kurt Cobain/Nirvana, and many iconic bands of the grunge era. It also offers outdoor concerts at the Mural and at the indoor Sky Church, free for all ages.

Also at Seattle Center, check out world-renowned KEXP radio station’s free-entry Gathering Space to see DJs spin on-air or watch live, in-studio musical performances by national and local acts. Nearby, stop by La Marzocco Café and museum for baked goods and specialty coffees.
Coffee Culture
While Starbucks was born at Pike Place Market in 1971, it’s the local, independent coffee shops that serve up the true Seattle flavor and experience.
Notable coffeehouses to try in and around downtown include: Caffé D’arte, Zeitgeist Coffee, Café Racer, Slate Coffee Roasters, or Seattle Meowtropolitan, the city’s first cat café.
Explore Outdoors
On sunny days, take a 12-minute water-taxi cruise across Elliott Bay to West Seattle (hourly departures from Pier 55 at the downtown waterfront). You can rent bikes or stroll along the 2.5-mile boardwalk at Alki Beach Park for panoramic views of the city skyline, Puget Sound, and the Olympic Mountains.
Or, head to the sandy shores of Golden Gardens Park in Ballard for beach volleyball, bonfires, and spectacular sunsets.
Downtown
Teen foodies will enjoy sampling flavorful delicacies at restaurants in the Chinatown-International District, from Vietnamese satay at Tamarind Tree to traditional Cantonese dim sum at Jade Garden. Nearby Wing Luke Museum showcases an exhibition on the life and films of former resident and martial arts master Bruce Lee.
Afterward, stop by the Seattle Pinball Museum, where the price of admission grants unlimited play on 50-plus vintage pinball machines.
IF YOU GO
Getting around town: Skip the 30-minute cab ride from SeaTac airport. Instead, hop the quick Link Light Rail and go downtown for $3. Also, avoid parking headaches at the Space Needle by catching the Seattle Center Monorail from Westlake Center downtown, which departs every 10 minutes from both stations.
Souvenirs: Try Archie McPhee’s novelty shop in Wallingford or browse the funky clothes and handicrafts by 100-plus local designers at the year-round Fremont Sunday Market.
Read the article in its entirety in the May/June 2017 issue of Arizona Highroads magazine.

Born from volcanic rock and full of beauty and natural splendor, British Columbia’s Vancouver Island offers magnificent rainforests, towering mountains, sparkling blue seas, remote beaches, and secluded bays.
The Pacific Rim on the island’s west coast delivers wild landscapes, old-growth forest, and long sandy beaches. Victoria, on the southernmost part of the island, presents a remarkable diversity of recreational opportunities. The Gulf Islands, along Vancouver Island’s east coast, feature one of the world’s most diverse ecosystems within a string of unique islands.
For those seeking a mix of outdoor adventure, world-class dining, city strolling, and some of the best views Mother Nature has to offer, these three stunning areas on the southern half of Vancouver Island make for a perfect trip.

Destination: Victoria
For those who’ve been reluctant to visit the Pacific Northwest due to its notoriously drizzly weather, you will find decidedly sunnier skies and incredible views in Victoria, British Columbia’s capital since 1866. Victoria sits inside the Olympic Rain Shadow, which is created by the nearby Olympic Mountain range. The Olympic Rain Shadow is a “wall” that shields the area from rainfall. This means the city, as well as a portion of BC’s Gulf Islands, gets significantly less precipitation than Vancouver or Seattle.
Victoria’s picturesque Inner Harbour is the primary port-of-entry for seaplanes and high-speed ferries, and it is an ideal starting point for a tour of Vancouver Island. An eminently walkable city, Victoria is simple to navigate and best explored on foot. Check out Lower Johnson Street, or “LoJo,” to shop boutiques housed in stately Victorians. Fort Street, formerly an antiques shopping hub, now also features locally made clothing and collectibles. Don’t miss Victoria Public Market at the Hudson, which offers a collection of the area’s best artisan foods and goods under one roof.

If exploring nature is more your style, try hiking or biking along the 34-mile Galloping Goose Regional Trail. Or, visit the 200-acre Beacon Hill Park, which features woodsy walking trails that lead to the sea. The park also has a children’s petting farm with strutting peacocks and baby goats. And, of course, no trip to Victoria is complete without a stop at the Butchart Gardens, just a short drive from Victoria.
When hunger strikes, fuel up with a house-made gelato and fresh baked baguettes at Fol Epi Organic Bakery, or have lunch at its sister restaurant, Agrius, featuring hearty sandwiches on the bakery’s amazing bread.

For a memorable dinner, try the Chef’s Pairing Menu of seasonally inspired dishes at Saveur or the speakeasy-style Little Jumbo, showcasing local foods and craft cocktails. The health-conscious can sample a vegetarian version of poutine at Rebar Modern Food or try delicious vegan nibbles at Nourish Kitchen & Café.
Destination: Tofino, Ucluelet, and Pacific Rim National Park Reserve
Next up, take a spectacular 4.5-hour scenic drive along the Trans-Canada Highway and Highway 4 from Victoria to the gorgeous villages of Tofino and Ucluelet (or “Ukee” to the locals) on the wild western coast of Vancouver Island. 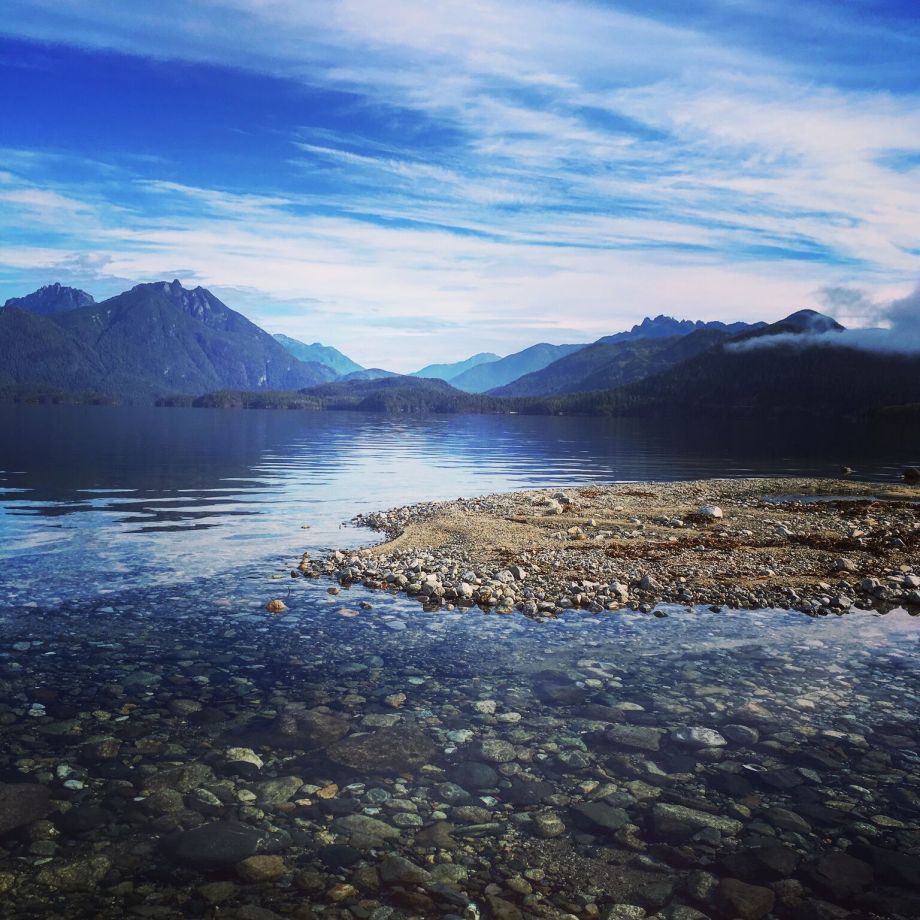 Seaplanes to Tofino are available, but if you drive, you’ll encounter countless postcard-worthy beaches, as well as Pacific Rim National Park Reserve, a well-preserved, old-growth rainforest.

If you want to break up your drive to Tofino after the first 90-minute leg north on the Trans-Canada Highway, stay the night in the historic seaside town of Nanaimo or Parksville. Alternately, about 8 miles north of Parksville lies Qualicum Beach, where you can conjure your inner artist by staying in one of three Free Spirit Spheres — round custom-built treehouses that are suspended in a coastal rainforest environment.

As you travel west from Nanaimo on Highway 4 to Tofino and Ucluelet, allow for sightseeing time at the many parks, beaches, and hiking trails that dot the winding coast-to-coast route. Of particular note is Cathedral Grove in MacMillan Provincial Park, a lush old-growth forest preserve with short, easily trod footpaths through impressive stands of 800-year-old giant Douglas fir trees and ancient Western red cedars.

Tofino and Ucluelet are both laid-back, pretty beach communities with distinct personalities. Tofino is the more upscale of the two and the epicenter for whale- or bear-watching tours in Clayoquot Sound. Other popular excursions include sea kayak and surfing tours and trips to Hot Springs Cove in Maquinna Marine Provincial Park (accessible only by boat). While in Tofino, indulge at inventive restaurants, like SoBo and Wolf in the Fog, for locally foraged and fresh-caught fare. Or, stop into The Fish Store & Oyster Bar to sample shucked-to-order local oysters and other seafood delicacies.

Conversely, the rugged beauty of Ucluelet attracts more DIY outdoor adventurers and those in search of a less crowded, quieter respite. It’s at the doorstep of the wild playgrounds of Pacific Rim National Park Reserve (the nation’s first designated national park) and the 5.6-mile Wild Pacific Trail.

Destination: Gulf Islands
Much like the American San Juans, BC’s Southern Gulf Islands on the eastern coastline are an adventure lover’s utopia. They can be accessed by private watercraft or kayak, as well as daily sailings of vehicle and passenger-only ferries from mainland ports at Vancouver, Nanaimo, Crofton, or Swartz Bay, the latter just 20 miles north of Victoria on the Saanich Peninsula. The stunning Gulf Islands National Park Reserve encompasses 15 islands along with 30-plus smaller islets and marine reefs. The reserve was established in 2003 to preserve one of the world’s most diverse ecosystems.
Island hoppers have a dizzying array of choices, from Gabriola Island, known as the “Isle of the Arts” for its many arts festivals and events, to the secluded Saturna Island that boasts 45 percent of the National Park Reserve. Galiano Island is a renowned hiking and kayaking paradise, Pender Islands have 37 beach accesses and 57 hiking trails, and there’s world-class kayaking and cycling on Mayne Island.

The largest and most frequently visited island is Salt Spring Island. This island is outfitted with three ferry terminals and is a perfect trifecta for those in search of arts and culture, outdoor recreation, and wellness retreats. Plus, there is a fantastic waterfront market on Saturdays, April through October.

If You Go
Getting to Victoria: There is frequent, daily service from Seattle to Victoria via a 45-minute seaplane flight with birds-eye views of the Olympic Peninsula or a three-hour, high-speed catamaran ride through the Strait of Juan de Fuca. From Vancouver, British Columbia, you can take a 95-minute seafaring cruise, a four-hour whale-watching excursion, or half-hour flight on a seaplane or helicopter.
Note: Seaplanes have strict weight limits (25 lbs.) for luggage. For the best of both experiences, take a seaplane over and a high-speed ferry back, when your suitcase is laden with souvenirs and duty-free shopping.
Free parks admission: To celebrate Canada’s 150th anniversary, Parks Canada is offering free admission with the 2017 Discovery Pass to national parks, historic sites, and marine conservation areas all year.
For more information, maps and event calendars, visit:
Tourism Victoria
Tourism Vancouver Island
Tourism Tofino
Tourism Ucluelet
Salt Spring Island Tourism
Gulf Islands Tourism
HelloBC (British Columbia): Vancouver Island

This article originally appeared in the Jan/Feb 2017 issue of Arizona Highroads.

There’s the New Orleans stories that everyone knows, like Mardi Gras and Marie LaVeau, and then there’s the hundreds of lesser-known stories—the ones that remain just out of sight, as if wiping away a fine layer of paint or dust to reveal an unexpected work of art underneath.

Sometimes, they take a bit of detective work to uncover—poring over dusty books in old libraries—or, they might present themselves unexpectedly, in a most unlikely place. It’s these latter, usually untold stories, that pique my interest and keep me returning to the city again and again. 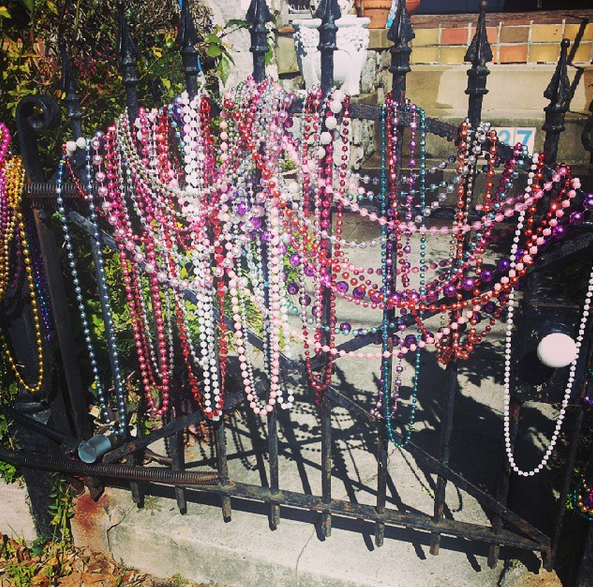 I’ve been fascinated with New Orleans for as long as I can remember, the multi-layered history, the slightly edgy, gothic mysteriousness. With the proper research (and proper respect), New Orleans will occasionally let you peek behind the veil, but only on her timetable. She can be a fickle mistress when it comes to revealing her secrets.

I’ve also found that, even if you plan your travel itinerary (or story idea) to a “T,” New Orleans will also invariably have other ideas for you. During my last visit, I had planned to investigate and write about modern-day voodoo culture, but New Orleans wasn’t having it. She created missed interview connections and showed me that (with the exception of Sallie Ann Glassman and Nicole at Erzuli’s), the inner city’s voodoo culture has mostly gone the touristy curio route. But all the while, New Orleans kept steering me toward other interesting, albeit lesser-known, places and stories to pursue, which were happening right under our noses, just waiting to be delved into.

As such, here’s a few new favorite, recently discovered hidden gems. Anyone that’s looking for a one-of-a-kind experience would do well to include these 3 places on their next sojourn to The Big Easy, especially if visiting with a group.

Click here to read the article in its entirety on Modern-Day Nomads.